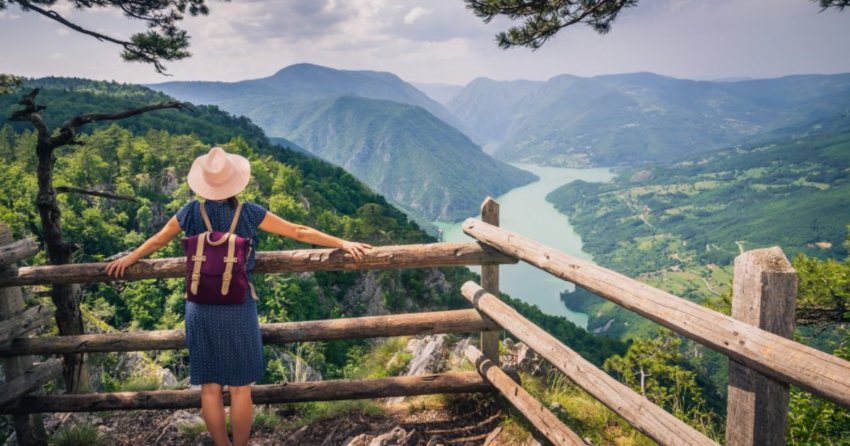 From mountains to shores, Virginia is a breathtaking state with amazing views, a rich history, and unbeatable southern hospitality, ranking it the 7th best state to live in during 2018. The Commonwealth of Virginia is one of the original 13 colonies, so Old Dominion has a long and storied history. Tributes to the past can be found throughout the state, including Arlington National Cemetery, the United States Marine Corps War Memorial, the George Washington Masonic National Memorial, and historic homes that were the birthplaces of eight former Presidents. Virginia also teems with natural beauty, including 1,000s of miles of coastline, four major rivers flowing into the Chesapeake Bay, 217 miles of the Blue Ridge Mountains, and 555 miles of the Appalachians. Whether nurses are history buffs or nature enthusiasts, there’s lots to love about working in Virginia.

Top Locations to Live in Virginia

Virginia has five distinct geographic regions from a low-lying bay area to a mountainous region with cities that are vibrant, diverse, and beautiful throughout all four seasons. Cities in the south are more rural where laid-back southern hospitality and a slower pace of life are the norm. Up north is basically an extension of Washington, D.C., so life in these affluent cities tends to be faster-paced with higher housing prices but the spectacular natural surroundings still can’t be beaten.

Richmond: Virginia’s capital is one of the oldest major cities in the nation and known for being one of the most historical. Richmond is a smaller city with lots to offer, making it ideal for nurses looking to escape urban life, but without missing out on big-city opportunities. Richmond nurses discover a flourishing historical and cultural community enhanced by a treasure trove of historic landmarks, first-class museums like the Edgar Allen Poe Museum and the Virginia Museum of Fine Art, its own symphony, and professional theater, opera, and ballet venues. Trendy boutiques, a thriving restaurant scene, more than 30 craft breweries, and one of the nation’s largest river park systems help put Richmond on the list of top 100 best places to live in 2019.

Richmond’s 107 neighborhoods are beautiful and unique with striking architecture. The City offers a wide array of housing styles and types and more bang for the buck than many of the cities up north with a median home cost of $194,000 and apartment rentals averaging $890 per month. Some notable neighborhoods include:

Alexandria has 83 neighborhoods with distinctive personalities. Considered a white-collar city, real estate prices are among the most expensive in Virginia and nationwide, partially due to its proximity to Washington, D.C. Popular neighborhoods include: Charlottesville: Nurses may find their happy place in Charlottesville, which was named America’s happiest city in a study by the U.S. National Bureau of Economic Research and ranked third in National Geographic’s list of top 25 happiest cities in America. Set in the rolling hills of a historic landscape, Charlottesville offers an appealing array of arts and entertainment, independent restaurants, trendy shops, and just enough bustle to keep things interesting. Charlottesville nurses benefit from a relatively low crime rate and enjoy free trolley rides, an impressive collection of historic buildings, and nearby Shenandoah National Park with its breathtaking views and amazing hikes. Two of the largest employers are the University of Virginia Medical Center and Martha Jefferson Hospital with 8.64% of Charlottesville residents working in healthcare.

Ranked #5 on the top 100 best places to live in 2017 and again in 2018, Charlottesville is smaller than some Virginia cities but still offers plenty to do. It has 27 neighborhoods, including its popular City Center, and the Scottsville Rd/College Dr, Monticello Ave/Rialto St, North Garden/Arrowhead, and Woodbrook/Rio areas. Real estate is some of the most expensive in Virginia, but still more affordable than in the northern parts of the state with median property prices at $285,000 and rentals at just under $1000 per month.

Falls Church: Located just a few miles from Washington, D.C., Falls Church is another popular choice for those wanting to be near the nation’s capital and the renowned art galleries and museums found there. Falls Church is an affluent area with a small population that gives it a wonderful small-town feel without the big-city bustle but still close enough to a wide array of amenities. Crime rates are relatively low and nearly every neighborhood offers a wealth of shops, restaurants, and nightspots that reflect the city’s dynamic cultural diversity, including the State Theatre. Falls Church nurses enjoy the more peaceful, less-congested setting, which is home to Inova Fairfax Hospital, the largest hospital in the Washington, D.C. metropolitan area.

Falls Church has 31 neighborhoods with home prices among the most expensive in the state and the country. Its proximity to D.C. drives up real estate prices, which include median home costs around $600,000 and monthly rental prices at about $1,813 with 95.81% of the workforce employed in white-collar jobs. There’s a wide range of housing types available, including single-family homes, townhouses, condos, and apartments with historic Colonial homes, modern new-construction homes, and spacious craftsmen houses. Some popular neighborhoods include Jefferson Village/Greenway Downs, Donna Lee Gardens/Poplar Heights, Westlawn/Annalee Heights, Buffalo Hills/Ravenwood, and Sleepy Hollow/Bel Air.

Cost of Living in Virginia

University of Virginia Medical Center: Located in Charlottesville, this 612-bed general medical and surgical facility is a teaching hospital with a med-surg ICU, cardiac ICU, and 24-hour on-site 70-bed emergency department that’s a Level 1 Trauma Center. Ranked #1 in Virginia, University of Virginia Medical Center is nationally ranked in two adult specialties and five children’s specialties, including ENT, gynecology, neonatology, pediatric cardiology and heart surgery, pediatric diabetes and endocrinology, pediatric orthopedics, and pediatric urology. It was also rated high performing in six adult specialties and nine procedures and conditions. UVA Medical Center is a Magnet Hospital for excellence in nursing services and was included on Becker’s 100 great hospitals in America in 2020.

VCU Medical Center: Located in Richmond, VCU Medical Center ranked #2 in Virginia and #1 in Richmond and was nationally ranked for two adult specialties and four pediatric specialties, including cardiology and heart surgery, urology, and pediatric cancer, nephrology, pulmonology and lung surgery, and urology. It was also rated high performing in four adult specialties and four procedures and conditions. VCA is a general medical and surgical teaching facility with a med-surg ICU, cardiac ICU, and 24-hour Level I Trauma Center. It’s one of only two NCI-designated cancer centers in Virginia and was designated as a Magnet Hospital for excellence in nursing services for the fourth consecutive time in 2020. VCA Medical Center received the Get With The Guidelines–Stroke GOLD PLUS Quality Achievement Award, was included on Becker’s 100 great hospitals in America in 2020, and received three Gold Level, 10 Silver Level, and one Bronze Level Beacon Awards for Excellence in 2020.

Virginia is filled with attractions that make great day trips or weekend excursions. Areas in northeastern Virginia are just a few miles from Washington, D.C., making a visit to the nation’s capital a convenient day trip. Here are some popular attractions found within the Commonwealth of Virginia. Shenandoah National Park: Located in the Blue Ridge Mountains, Shenandoah National Park stretches 105 miles from Front Royal to Waynesboro. Some of the Park’s main attractions include over 500 miles of hiking trails, cascading waterfalls, fields of wildflowers blooming in the spring and summer, stunning autumn colors for leaf peepers, 190 species of birds, abundant wildlife, and tranquil wooded hollows. With over 200,000 protected acres, there’s so much to explore. Entrance fees are $30 per vehicle or $15 per person walking in, or purchase an annual pass for $55. Camping is available at five designated campgrounds or in the backcountry. Nurses with limited time can tackle one of several beautiful day hikes.

Arlington National Cemetery: Spread across 600 acres overlooking Washington D.C., Arlington National Cemetery in Arlington honors those who’ve served our nation. Three of the most visited sites are President John F. Kennedy’s gravesite and eternal flame, the Tomb of the Unknown Soldier, and the famous Iwo Jima Memorial. ANC is open daily from 8 a.m. to 5 p.m. with $15 general admission for adults. Presidential Homes: Virginia is commonly referred to as the “birthplace of a nation” or the “Mother of Presidents” because eight former Presidents were born in the state, more than any other. Homes tied to these Presidents are still standing and most are open for tours, an ideal attraction for history buffs. Nurses can tour:

Best Time of Year to be a Nurse in Virginia Virginia has four distinct seasons with balmy summers and crisp, yet relatively mild winters. It’s considered a humid, subtropical region with the air cooler and less humid in the mountains where it’s an average of 10 degrees cooler year-round. The hottest summertime highs occur in July, which is around 87 degrees, and the coldest wintertime lows occur in January, which is about 25 degrees. May is the rainiest month, October is the driest. The best time to be a nurse in Virginia is usually from April to October, but May, June, and September are the most pleasant. Virginia has some severe thunderstorms, hurricanes, tornadoes, and snowstorms. Autumn is the most visually stunning time to be in Virginia with fewer incidences of hurricanes with storm season winding down.

Nurses and allied health professionals looking for permanent or travel positions in Virginia can count on NurseFly to help them find the perfect job. Experienced recruiters are ready to help applicants peruse 100s of jobs to match them up with potential employers right away.