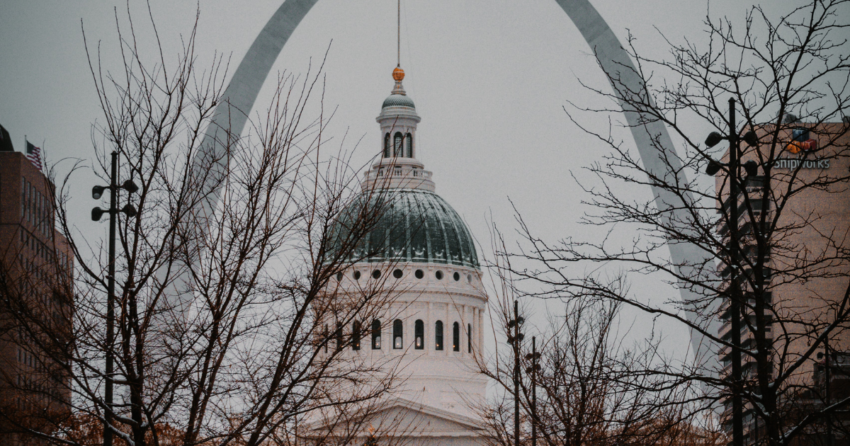 Nurses love St. Louis, Missouri, for its unique attractions, diverse culinary offerings, friendly communities, and low cost of living. Centrally located in the heart of the Midwest, St. Louis is a big city with small-town charm that’s dubbed “The Gateway to the West.” One of the nation’s most historic cities, it offers iconic structures like the Gateway Arch, beautiful architecture in a bevy of unique neighborhoods, and tons of fun festivals, cultural attractions, outdoor activities, sporting events, shopping, and more. St. Louis was ranked one of the best places to live in the country and among the 25 least expensive places to call home.

St. Louis boasts 79 neighborhoods with unique atmospheres. Whether you’re here for a travel nurse contract or for a new permanent job, housing throughout the city is considered affordable with $882 the median monthly rent. From family-friendly neighborhoods to fun-filled areas for singles seeking an active nightlife, you’re sure to find the perfect place to live with choices ranging from the bustling downtown area to a host of honey suburbs. Downtown: Nurses living in Downtown St. Louis find a vibrant, culturally rich neighborhood with plenty of attractions, restaurants, and entertainment venues to explore. Housing options include a stunning array of lofts, apartments, townhomes, and condos with lots of character at a range of price points. Downtown is considered a walkable neighborhood and is home to the area’s most notable destinations, including the Gateway Arch and Busch Stadium.

Shaw: This historic neighborhood is full of vintage charm with affordable apartments and brick townhomes for renters and classic Colonial and Victorian homes for those looking to buy. Residents can experience the great outdoors with parks on nearly every border, including Shaw Dog Park where nurses with furry friends can let their dogs run off-leash and socialize. Shaw is sprinkled with popular bars and eateries and home to the stunning Missouri Botanical Garden.

Central West End: CWE is considered one of the hippest places to live with tons of neighborhood events that make everyone feel welcome. Its collection of restaurants with cuisines from around the world crafted by renowned chefs make it a foodie paradise. CWE also boasts walkable shopping destinations with chic boutiques and other trendy businesses and offers live music venues and several nightclubs and pubs for fun nights out.

Soulard: Nurses have a diverse selection of housing options in Soulard, including brick rowhouses, lofts, alley houses, and apartments at varying price points. Soulard is the oldest St. Louis neighborhood and boasts a farmer’s market that’s been continuously operating since 1779 and is open four days a week. The historic French neighborhood showcases its festive personality with one of the largest Mardi Gras events in the country outside of New Orleans.

Surrounding Suburbs: St. Louis also offers numerous suburbs for those not wanting to live inside the city, but like the convenience of living nearby and don’t mind the commute. Some of the top suburbs include:

Career-minded nurses will find two magnet hospitals, a respected children’s hospital, and several teaching facilities in St. Louis, making it a prestigious destination. Healthcare is a top industry with major employers in the St. Louis area including Barnes-Jewish Hospital, SSM Health, and Mercy. Barnes-Jewish Hospital: BJH ranked #1 in St. Louis and Missouri and #18 in the nation with 11 nationally ranked adult specialties. It’s a general medical and surgical facility, teaching hospital, and Level 1 Trauma Center, and has a cardiac ICU, medical-surgical ICU, and on-site emergency department. BJH is the largest hospital in Missouri with an 1800-member medical staff and it’s a certified Magnet Hospital for its excellence in nursing care.

SSM Health St. Louis University Hospital: SSM Health’s St. Louis University Hospital is a Level 1 hospital in Stroke, Trauma, and STEMI and has been an academic hospital in the community for over 80 years. It’s a general medical and surgical facility and teaching hospital with a medical-surgical ICU, cardiac ICU, and on-site emergency department. SSM Health’s Cardinal Glennon Children’s Hospital-St. Louis University was nationally ranked in six children’s specialties. SSM Health St. Mary’s Hospital-St. Louis is the health system’s original hospital, and named for its founding members, the hospital is centrally located in metro St. Louis and a two-time winner of the Premier Award for Quality. St. Louis Gateway Arch: Perhaps the most famous attraction in the city, this iconic structure is 63 stories high with a unique tram that lifts visitors to the top of the tallest man-made monument in the nation. Tram tickets start at $12 per person. The Museum at the Gateway Arch offers free admission and features six themed exhibit areas celebrating America’s pioneering spirit. Both are open from 9 a.m. to 6 p.m. The Gateway Arch National Park grounds are open from 5 a.m. to 11 p.m. year-round.

St. Louis Zoo: Home to over 13,000 animals, the St. Louis Zoo is recognized worldwide for its innovative approaches to animal care and wildlife conservation. It boasts 90 acres of attractions and animal exhibits with large, natural enclosures. It’s one of the few zoos nationwide with free admission and a small fee for additional attractions. Situated within St. Louis’ expansive Forest Park, the zoo is open 9 a.m. to 5 p.m. daily in the fall, winter, and spring with extended hours during the summer.

Saint Louis Art Museum: Founded in 1879, this prestigious museum offers more than 34,000 works of art showcasing an eclectic mixture of paintings, photographs, sculptures, textiles, and other visual arts from virtually every culture and period. Museum admission is free with admission to main exhibitions free on Fridays. It’s open Tuesdays through Sundays from 10 a.m. to 5 p.m. but stays open until 9 p.m. on Fridays. The Grace Taylor Broughton Sculpture Garden is open daily from 6 a.m. to 10 p.m. Missouri Botanical Garden: Founded in 1859, the 79-acre Missouri Botanical Garden is the nation’s oldest continuously operated botanical garden and a National Historic Landmark. It offers impressive displays of English, Chinese, Japanese, and Ottoman gardens, and more than 4,800 majestic trees, some dating back to the 19th century. Its Climatron conservatory houses a vibrant tropical rainforest. The Garden is open year-round from 9 a.m. to 5 p.m. daily with discounted prices for children 12 and under and adult entry at $18-$20.

Although it’s primarily a driving city, St. Louis’ Metro Transit system offers public transportation through a variety of services. MetroBus offers numerous bus transit centers around the city, especially near popular destinations. MetroLink is a light rail train service with two lines crisscrossing the area with stops at conveniently located stations. Metro Call-A-Ride is strictly available through reservations and ideal for passengers with disabilities. Via Metro STL is an on-demand transit service that works like other rideshare programs.

Best Time of Year to be a Nurse in St. Louis, MO

St. Louis residents experience all four seasons, which include hot, humid days in July and August and lengthy winters with temperatures between 20 and 40 degrees. Although spring and fall are brief, they’re dazzling with a profusion of colors for leaf peepers in the fall and brilliant blooms bursting everywhere in the spring. Due to its hot summers and cold winters, the best months to be a nurse in St. Louis are April, May, September, and October. However, St. Louis occasionally experiences extreme weather, including flooding and tornadoes that are more common in the spring.

Whether you’re looking for a permanent or travel position in nursing or allied health in St. Louis, Missouri, NurseFly has you covered. Get matched to the perfect job with a single application and start talking to potential employers right away.